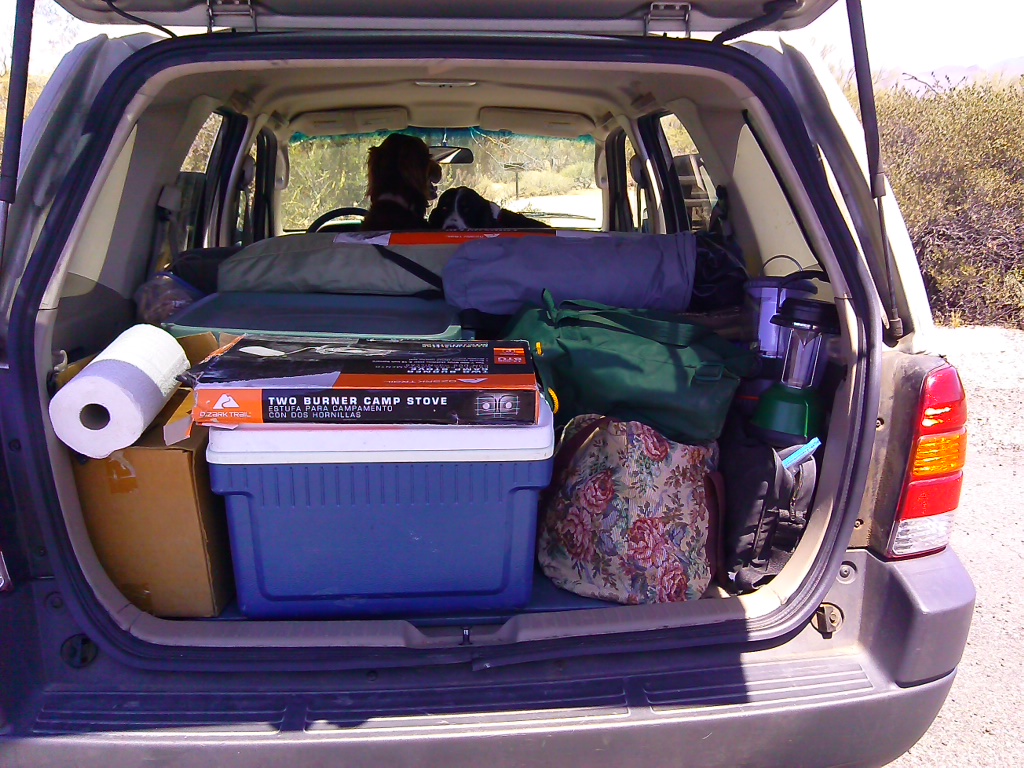 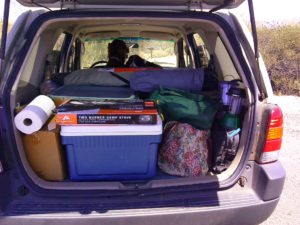 That’s the lesson learned from this outing. We were rather lax and figured “hey we’ve been on two camping expeditions. We’re pros now right?” Wrong.

We forgot a critical piece of equipment. The air mattress. Now I don’t know about you but sleeping on the flooring of the tent directly on top of the dirt is not my idea of a restful night.

Luckily, Brian remembered we forgot to pack the mattress before we got to the park. We debated whether to go back and get the mattress — which would add 3 hours round trip to the drive or buy a cheap one at Target. We bought the cheap one. So now we have a backup.

Today I’m making a list of everything we need by category. That way when we pack we’ll know we’ve got everything.

And one more thing. When we unpack from these practice trips, we’ll reorganize everything not just throw it on the garage floor and figure we’ll do it later.

Dee Power April 13, 2016 Hitting the Road Comments Off on Making a List — Checking It Twice

← Lake Roosevelt gets 4 stars. Let There Be Fire … Except When It’s Windy →