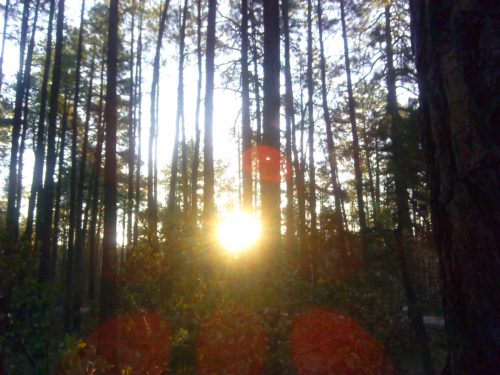 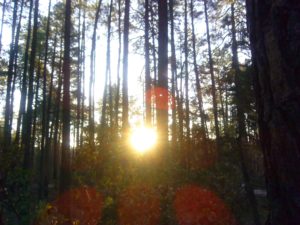 Why bother driving for 3 hours to get to the “cool” mountains and then run your air conditioner all day at the campsite? I realize those trailers are pretty much ovens on wheels trapping the heat but whatever happened to sitting in the shade under the pine trees sipping an ice cold drink?

I get that it’s hot her at the Ponderosa campground, probably between 90 to 95 degrees, but do people in the twin trailers two camp sites over have any idea how annoying their generators are going hour after hour as they run their air conditioners? Apparently not.

It’s 117 degrees in the valley-of-the-damn-it’s-hot-today, aka Phoneix. So 20 degrees cooler is still very manageable. The best part is the mornings, late afternoon, evenings and nights are cool.

Before there was air conditioning there were evaporative coolers which works on the principle that as water evaporates it cools the surface from which it evaporated from. That’s how sweating cools you down. Sweat in this very low humidity evaporated way too fast to have much cooling effect. So what did Brian and I do?

We doused our clothes with water. Dogs only sweat by panting, so we wet towels and put them over Rose and Kate who then napped comfortably in the shade.

There’s always more than one way to beat the heat.

← Dealing with Da Bears Camping on the Beach! (A Preview of an Upcoming Blog) →