Home » Nobody Told Me There Was a Train

Nobody Told Me There Was a Train 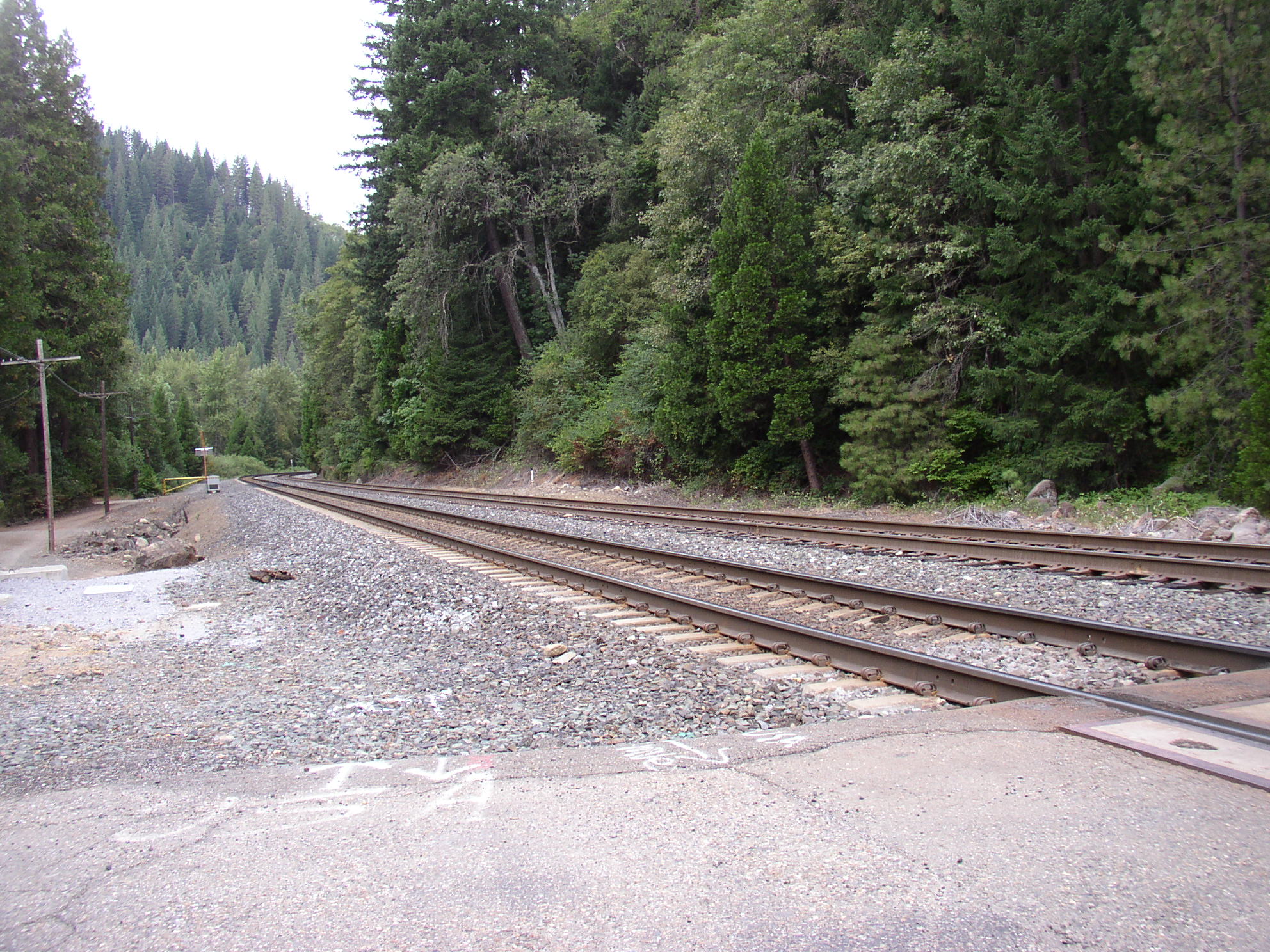 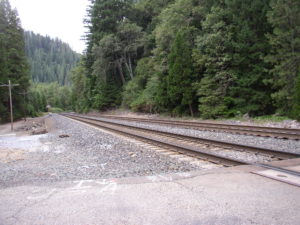 Brian found this small campground tucked away off I-5 just past Donmuir, CA called Sims Flats in the Shasta Trinity National Forest. The Sacramento river courses alongside the campground. We found a cozy little nook and set up our minicamp. Minicamp means we only unpack the tent, air mattress and cooler. Everything else stays in the car or luggage rack. We are only staying one night in each place for the next three nights until we get back to Arizona, so there’s no sense unpacking everything.

We settled in and … a huge roar comes hurtling towards us. The roar is accompanied by a banshee shriek getting louder and louder and then we hear the train whistle. No camper-hungry monster, just a train. The campsite is located next to a rather busy railroad, track. Trains come by only three times or so during the night so it’s not too bad. 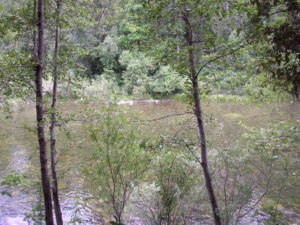 This will be our last chance for a fire this trip, so I gather lots of wood. We’re making one of our food packs that last for 25 years. Add the pack to boiling water and simmer for 30 minutes, simple to use. For some reason it takes water a good 15 minutes to boil, so one dinner is almost half a container of propane if we use the stove, which is why I’m doing this over the fire. (My that was a long sentence.) Of course as soon as the water boils I knock it over. Luckily, if there is any luck involved in this scenario, it spills on the ground and not on the fire. So dinner is a little late.

Dee
Note to Self: Get potholders!!!

bhanddp July 7, 2016 Hitting the Road Comments Off on Nobody Told Me There Was a Train

← Exploring the Area and Meeting Neighbors Look For It →