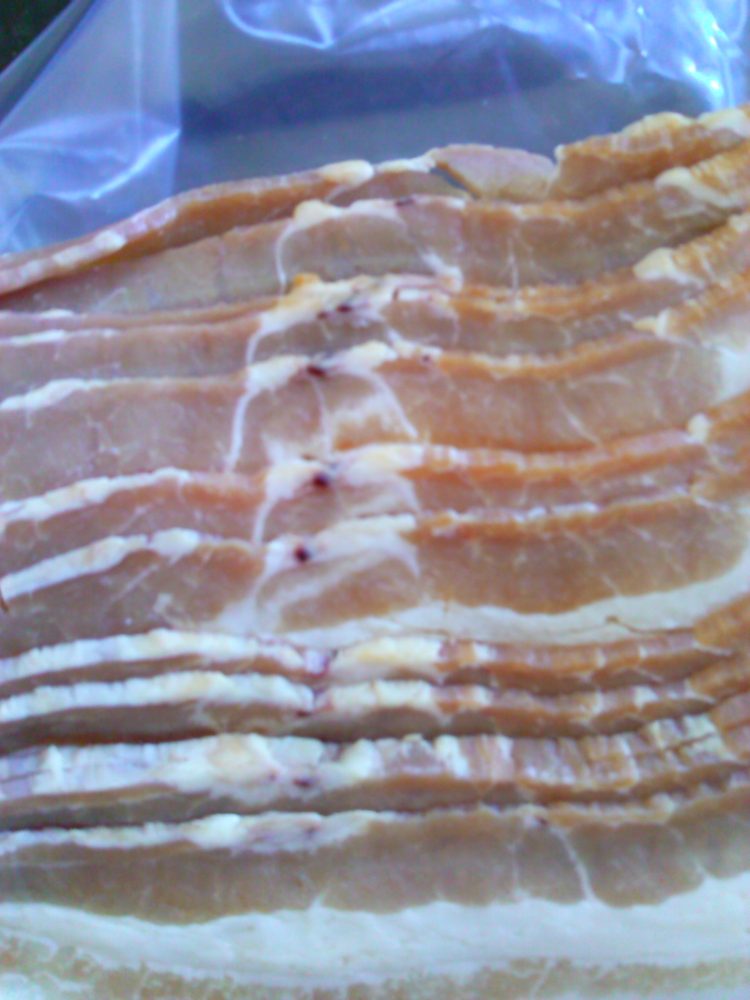 It sounds like a good idea, but trust me it’s not. It’s amazing how fast we go through a can of propane. You know those green ones? So I thought I would cook the bacon and the potatoes together to save time. The bacon would get all crispy while the potatoes turned golden brown. Right? Wrong.

The bacon never crisps up and stays in this half raw nasty state. Ever eat half-cooked bacon? Didn’t think so. The potatoes just lay around in the pan refusing to cook through. Forty five minutes later I’m looking at a disgusting, greasy mess and still no breakfast. So I pick out the bacon and add a bit of water to the potatoes hoping they’ll steam cook. Finally they do and right after I add the raw eggs to the pan, guess what? The propane runs out. It’s our last can because we were making a grocery store run later that afternoon.

Dee
Note to Self: Granola bars aren’t so bad for an emergency breakfast.

bhanddp January 29, 2017 Hitting the Road Comments Off on Never Cook Bacon With Potatoes While Camping

← Being Beautiful is a Challenge Anytime but Camping? Can You Hear the Quiet? →