Home » Rose’s Day at the Beach

Rose’s Day at the Beach 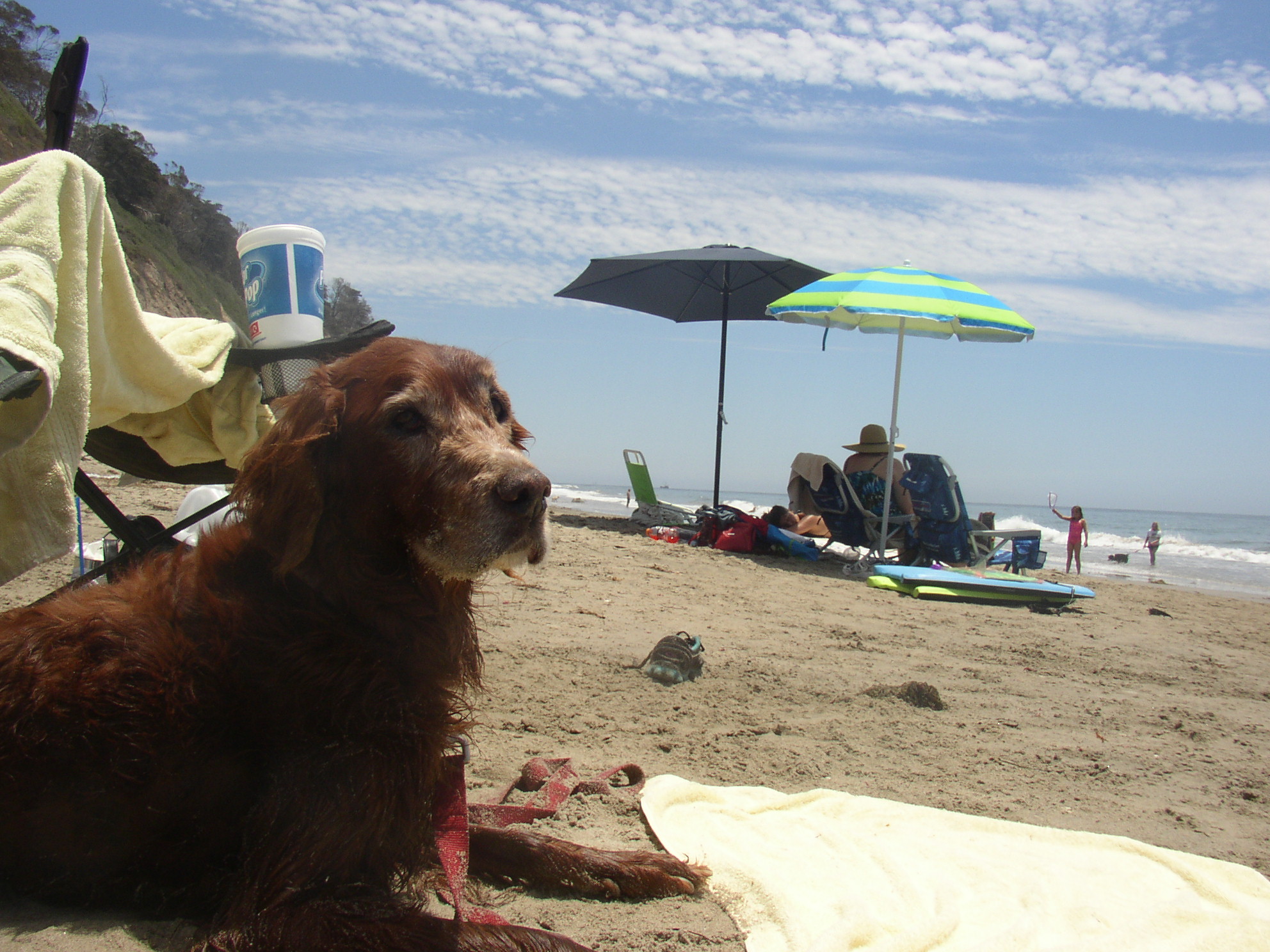 On Sunday we decided to drive back down the mountain and visit the beaches near Santa Barbara. We found a great dog-friendly beach called Arroyo Burro Beach, also known as Hendry’s Beach. 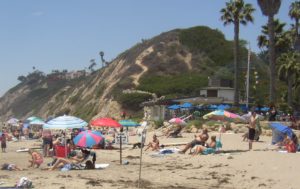 I always promised my Irish Setter Rose that we’d take her to a beach at the Pacific Ocean. Pesky details like the real estate crash and the Great Recession prevented us from getting out there on vacation. She’s been to many lakes and rivers, but never to the magnificent blue Pacific. It was a glorious sunny morning on Father’s Day when we got down to the beach, but parking turned out to be a major headache. All the spots were taken at this very popular beach so we had to circle around and around until a spot freed up. We almost gave up and left, which would have been a shame because we ended up having a super time. But then almost magically, a parking spot freed up right by the entrance and we were all set. 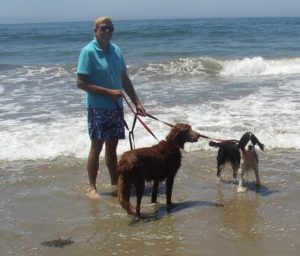 They had two sides to this expansive beach, leashed and off-leash, so we started at the leashed section until Rose and Kate got used to being there. They both loved going into the ocean and playing in the sand. Kate has a tendency to scamper off, but we thought we could try letting Rose go without her leash. She was so happy! And stayed close by us. 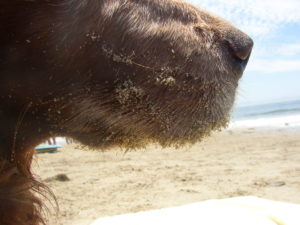 She quickly discovered that people bring SNACKS to the beach, yes SNACKS. Thinking, “Who wouldn’t want to share their snacks with a friendly Irish Setter”, she approached several people who had the yummiest looking snacks.

And yes, some did share with here, which made her day. She learned that kids are the easiest ones because they are shorter and it’s possible to just grab the snack out of their little hands.

The beach even had a dog washing station so Rose and Kate didn’t have to return home with sand in their coats. I, however, got tar on the bottom of my feet which was not so easy to wash off. 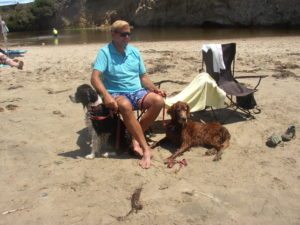 All in all a truly fun day. I fulfilled a promise to Rose, but she gave me a Father’s Day I’ll remember always.

bhanddp June 22, 2016 Hitting the Road,Uncategorized Comments Off on Rose’s Day at the Beach