Home » Right to the Peak

Right to the Peak 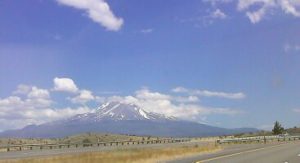 Driving down I-5 through the Cascade mountains was a bit — no make that a lot — harrowing. The road is two lanes each way but narrow lanes with not much room to spare either next to the mountain or down the cliff. The highest point on I-5 is over 4000 feet as we circled around Mt. Shasta. 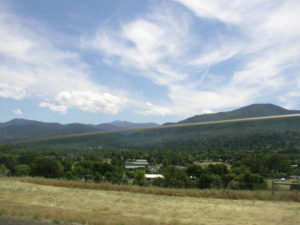 Mt. Shasta’s sharp peak is clearly seen from as far away as Ashland, Oregon. It hides from view again until Grenada, CA. There is something oddly shaped about this peak. And then it hits you, Mt. Shasta is definitely an extinct volcano reaching over 14,000 feet, standing proudly still veiled in snow even though it’s July. 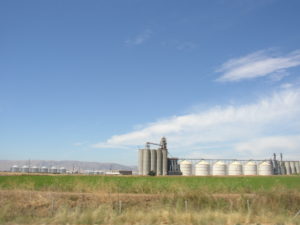 Leaving the campground, once we clear the mountains, we enter Sacramento Valley with ranches, cattle, and goats grazing here and there. The grasslands give way to agriculture, with stands of various fruit trees and olive orchards lining the highway. Corn, potatoes, and squash grow alongside of fields of harvested bales of hay lined up soldier straight.

Note to Self: Nobody dies driving these mountain roads, chill out.

bhanddp July 7, 2016 Hitting the Road Comments Off on Right to the Peak

← Looking Out for Tsunamis and Enjoying Wine, While Rose acts as Camp Ambassador Exploring the Area and Meeting Neighbors →