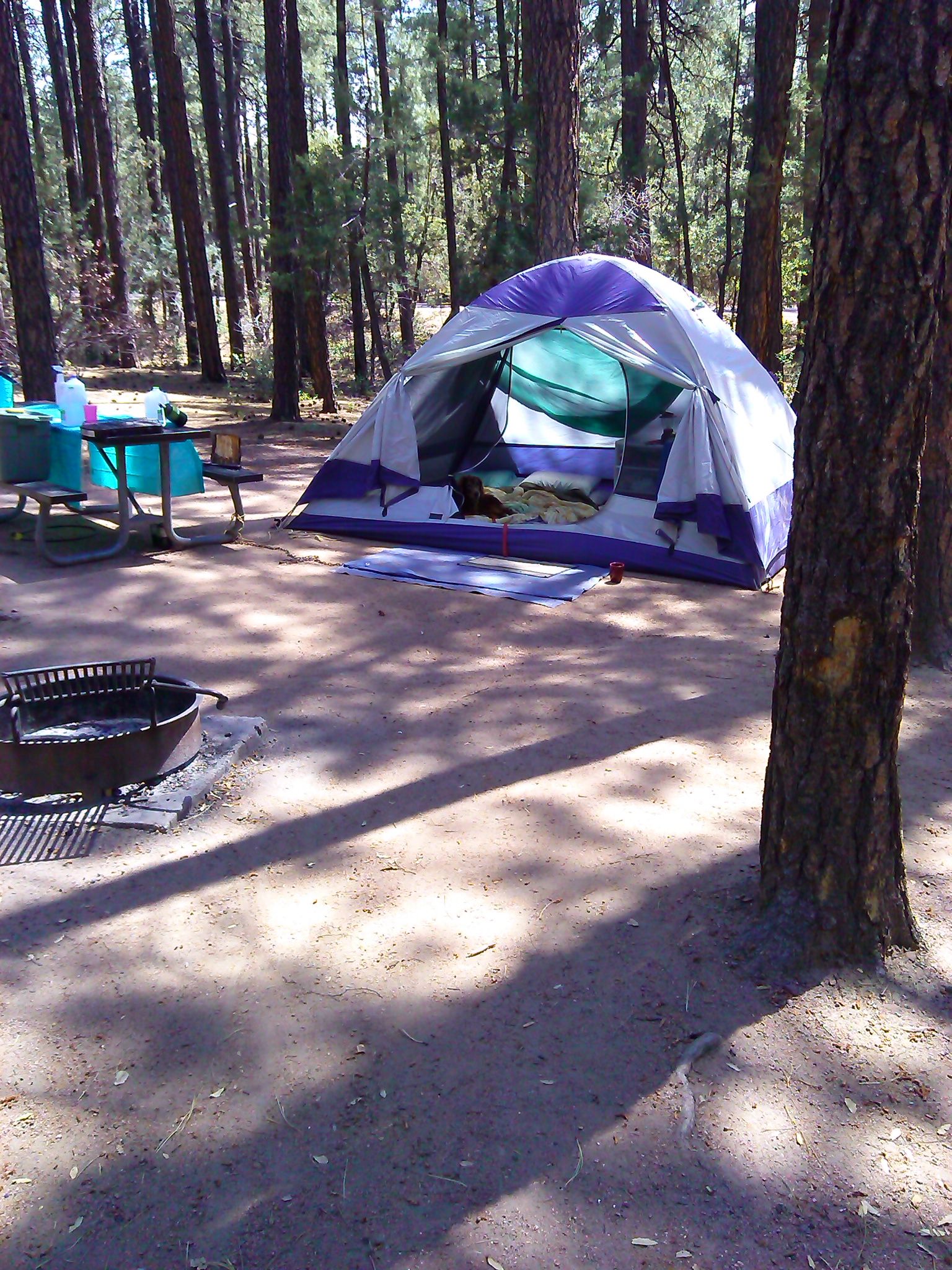 Theoretically we’re in the cool pines, but not this trip. It reached close to 100 degrees each day for the week we were here. I snagged a payment envelope at the main entrance. Most of the sites were reserved for the weekend so we were in a hurry to find a walk up — first come, first served — site. 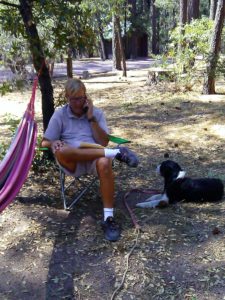 This experience didn’t start off too well. We found a nice site that was off by itself. It was roomy with no neighbors behind, across or beside us. I went down to the toilet and saw that the campground rates were posted, $16 per day. Filled out the envelope and stuffed in the money. The camp host came around and told us about the bear sighting, bear food box, and no fire restrictions. She also said the rate was $18 not $16, but since the sign said $16 she would accept it. Not so with her husband.

He came blustering over and showed us the photo on his phone of the $18 rate at the main entrance. He then proceeded to yell at me, asking how I didn’t see the rate when I got the envelope. I took him down to the toilet bulletin board and showed him the $16 rate. He continued to yell, implying I was lying that I had seen the $18 rate. Finally I said we’d pay him the extra $2 per day. He declined and went off in a huff. He should be designated Camp Grump instead of Camp Host.

The rest of our stay was fine. Friday and Saturday nights were a tad noisy because there were several large groups — one had seven tents — having a good time. Our site was far enough removed that we didn’t have a problem.

Campground was well maintained and the vault bathrooms reasonably clean.

Dee
Note to Self: Being close to the bathroom means you have lots more people going by. It’s a trade off.

← Expect the Unexpected Should Be the Golden Rule of Camping Review of Pine Grove Campground in Coconino National Forest, Arizona →