A Tale of Two Beach Vacations

Shown below are two pictures from vacations we have taken to the seashore, one recently, one several years ago. You can see in each of them a lovely view of the ocean. And each has a fairly uncrowded beach. I can tell you that we had a wonderful time on each of these vacations and spent as much time at the beach each day as possible. One vacation was in August (the first picture) and one at the end of June. The August trip was slightly warmer. 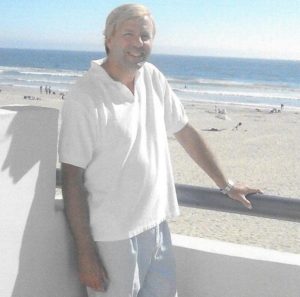 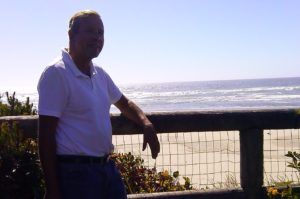 They were both in areas with fun beach towns to explore nearby. But there was one feature of these vacations that was very, very different.

The first picture was taken from the balcony of a resort hotel in central California and the second was taken from a fence at the edge of our CAMPSITE on a beach in Oregon.

In Oregon, we had a fabulous view of the ocean, as we did in California. But in Oregon the price per day to stay at the campground was $26, at the resort hotel it was $260, ten times higher.

Before our trip to Oregon, I had no idea you could enjoy the beach for that small price. Sure, we had to invest in camping equipment, but that cost can be spread over many trips. We also saved a fortune on food, because we purchased our food at the grocery store and cooked it ourselves rather than going to restaurants.

The much lower cost meant we could have a longer beach vacation. We stayed 8 days in Oregon compared to just 3 at the resort hotel. An ocean view room is great, but so is an ocean view tent! 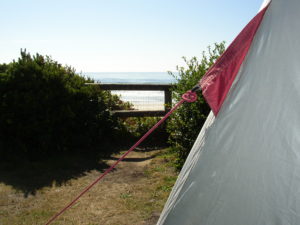 In our tent each night we fell asleep listening to the sounds of the sea. Until this year, I had no idea a beach trip like we had in Oregon was even possible.

A really, really good time was had by everyone. And we got to bring our dog friends Rose the Irish Setter and Kate the Springer Spaniel with us, so they could enjoy the beach too.

bhanddp July 24, 2016 Hitting the Road Comments Off on A Tale of Two Beach Vacations