Home » What is a prepper anyway?

What is a prepper anyway? 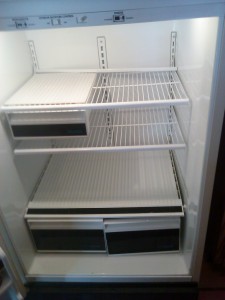 When the electricty goes off so does your refrigerator.

Your first thought might be of someone kinda of scraggy looking in camouflage fatigues living off the land while hiding out.

That’s not us. I hate camouflage, it’s just not a good look for me.

We’re the kind of preppers who believe in being prepared for emergencies but not the end of the world, life as we know it, or wtshtf which stands for when the sh!t hits the fan. Let’s face it, if the world ends we won’t last much longer than a couple of days.

However, think about natural disasters that leave you without electricity, running water or yuck sewage disposal. There’s hurricanes, earthquakes, fires, floods and much as I hate to say it — terrorists attacks. Even if the attack isn’t directly in your city, it can directly affect you.

How many times have you let your groceries run down to the point where dinner has to be made from a lovely combination of onions, spaghetti and a jar of olives because you haven’t had time to go to the grocery store? Or you have bottled water but you only have about two gallons on hand?

Pundits — I just love that word pundits I mean do they go around with a name badge labeled “Pundit John Smith”– say that you should have a minimum of 30 days food and water on hand. Grocery stores only stock about three days worth of food. If the electricity goes out so does the water and sewage.

Well I think that may be a little extreme, until I think back to Hurricane Katrina and and how long it took to get back to any semblance of normalcy. Maybe two weeks of food and water would be a reasonable start.

And then there’s the personal sanitary, health, first aid and cleaning supplies. If there’s no grocery store open, you can’t zip down and get toilet paper when you run out. And how much toilet paper does your family need, anyway?

Our first step is figuring out how much food we need for two weeks, but that’s for a later blog. 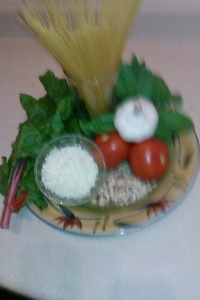 Oh by the way, you can make a lovely dinner with caramelized onions with chopped olives served over spaghetti drizzled with olive oil. Just thought you might like to know