Home » Pizza Innovation Around The World

Pizza Innovation Around The World 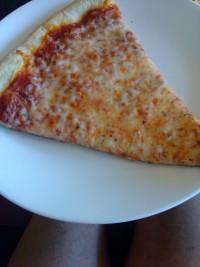 Pizza has become almost universal in its popularity worldwide. Much like music, pizza transcends cultural and language barriers, bringing people together at the world’s tables. The term “pizza” did not always evoke thoughts of round pies smothered in cheese, however. The first pizzas were flatbreads sold on the streets of 16th Century Naples and generally considered a poor person’s meal. Today it’s a very different view on pizzas where companies cater specifically for pizza at prestigious events such as weddings, birthdays and other special events, as well as being seen as a recipe for an all round great social occasion.

Humble Beginnings
What the world recognizes as a basic pizza pie didn’t evolve until the 19th century. Legend has it that Raffaele Esposito, a Neapolitan pizza maker in the mid-19th Century, created the first Margherita pie for visiting monarchs, King Umberto I and Queen Margherita of Savoy. The Margherita pizza is topped with tomato sauce, mozzarella cheese, and fresh basil and it was the queen’s favourite because it reminded her of the Italian flag. 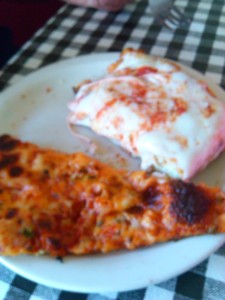 The traditional Marinara pizza, topped in tomato, oregano, garlic, and extra virgin olive oil, is somewhat older. This dish was the traditional food prepared for seamen upon returning home from the Bay of Naples. Their wives or, “la marinaras” are said to be the source of this recipe.

The Modern Pie
While the Marinara and the Margherita will, no doubt, never fall out of fashion, pizza topping innovation has come a long way from the original Neapolitan pizza. Popular toppings include sausage, pepperoni, and bacon, along with the usual marinara sauce and mozzarella. Many pizzerias offer even more variety, including chicken, various vegetables, and even anchovies as possible toppings.

Topping Revolution!
Some extremely creative and daring individuals take topping varieties to an entirely different level. In Japan, pizza with shrimps baked into the crust is quite popular. Koreans have a new fad: Sweet potato mousse crust with mushrooms, corn, beef, bacon, nacho chips, and onions as toppings. In the United States, some companies offer “breakfast pizza”, a charming concoction of eggs, bacon, pico de gaillo and sausage. Australia made headlines when some of its pizzerias started offering half kangaroo, half emu toppings. Haggis is a popular topping in Scotland and businesses that offer it do so proudly, referring to the unusual topping as an “ancient Scottish treat.” Finnish business, Kotipizza, makes a smoked reindeer pizza called the Berlusconi, after the former Italian prime minister who reportedly mocked Finnish food. The smoked reindeer pizza actually won “World’s Best Pizza” by America’s Plate International Pizza Competition against none other than a pizza entered by an Italian company.

In spite of it’s humble beginnings, pizza is loved all over the world. Perhaps extreme topping innovation is a fitting salute to a recognizable symbol of fun, relaxation, and comfort.

← Urban Survivor How It All Began Our Adventure Begins →

190 Replies to “Pizza Innovation Around The World”